Penne alla Vodka is a classic dish that can be found on most Italian restaurant dinner menus here in the US, and it's surely a crowd pleaser. It has simple flavors of tomato and cream, and utilizes vodka, as its name implies, as a deglazer and subtle sweetener.

However, I find that crowd pleasers often tend to be safe. You might find yourself piling on the parmesan or crushed red pepper to give a safe dish more flavor, or yearning for something other than pasta to bring more texture to it.

Carbone, a famous restaurant with a few locations throughout the country, realized the need for that something extra, something spicy, in penne alla vodka, and now people flock from far and wide to taste it despite its $32 price tag. (For the record, I'm not against paying $32 for pasta if it's literally the best I've ever had)

In this recipe, I gave penne alla vodka a wonderful makeover and came up with what I find to be the new best way to eat this delightful dish. It's delicious, but not necessarily "safe," as it may not appeal to the masses due to its spiciness and addition of peas. Those who like, however, it will absolutely adore it.

Could you replace calabrian chili peppers with red pepper flakes when making this dish at home? You could do whatever you want; it's your kitchen, but the crushed, fermented Calabrian chilis packed in oil add both spice and immense flavor to your sauce and are unbeatable, in my opinion.

Other recipes of mine that require Calabrian chili peppers as the primary source of heat are Lemon Ricotta Pizza with Calabrian Chili Oil and Spicy Peanut Shrimp Lettuce Wraps. Buy one jar and get three recipes out of it! Plus you can incorporate them into your daily cooking without a recipe, which I wrote about here, 7 Uses for Calabrian Chili Peppers.

In order to truly improve upon the rather basic flavor profile of traditional vodka sauce, I've come to realize that heavy cream needs the boot. It's simply not flavorful enough and overpowers the dish with an overt "cream" taste. Enter creme fraiche. It's still lusciously creamy and doesn't curdle when added to the hot sauce, but has a somewhat acidic, tart undertone, similar to sour cream that adds a delightful flavor to the sweet vodka sauce. If you've never cooked with creme fraiche, I suggest making this recipe ASAP. It's such a new and interesting, yet familiar taste.

I'm keeping this part traditional. The tomato flavor in most vodka sauces comes from tomato paste, not crushed or fresh tomatoes. I feel that this is the defining factor that qualifies vodka sauce as a vodka sauce... Aside from the vodka, I guess?

Use vodka you like to drink. If you like drinking it, you'll probably like cooking with it. I typically drink Ketel One and New Amsterdam, so those are the two I've used to make this recipe.

If you really hate peas, leave them out, but they're honestly an incredible addition that I think anyone can learn to appreciate. They add color, texture, and brightness to this rich dish.

Farfalle, otherwise known as bowties, are the absolute best pasta shape for vodka sauce. It's a whimsical shape to complement a whimsical sauce.

This pasta spider only costs $10, but it's worth its weight in pasta. It is absolutely crucial for streamlining the cooking process of any pasta dish that requires you to use pasta water to create the final sauce. It removes the step of reserving pasta water and then dumping the hot pasta into a collander. Plus, you can also use it for deep frying. 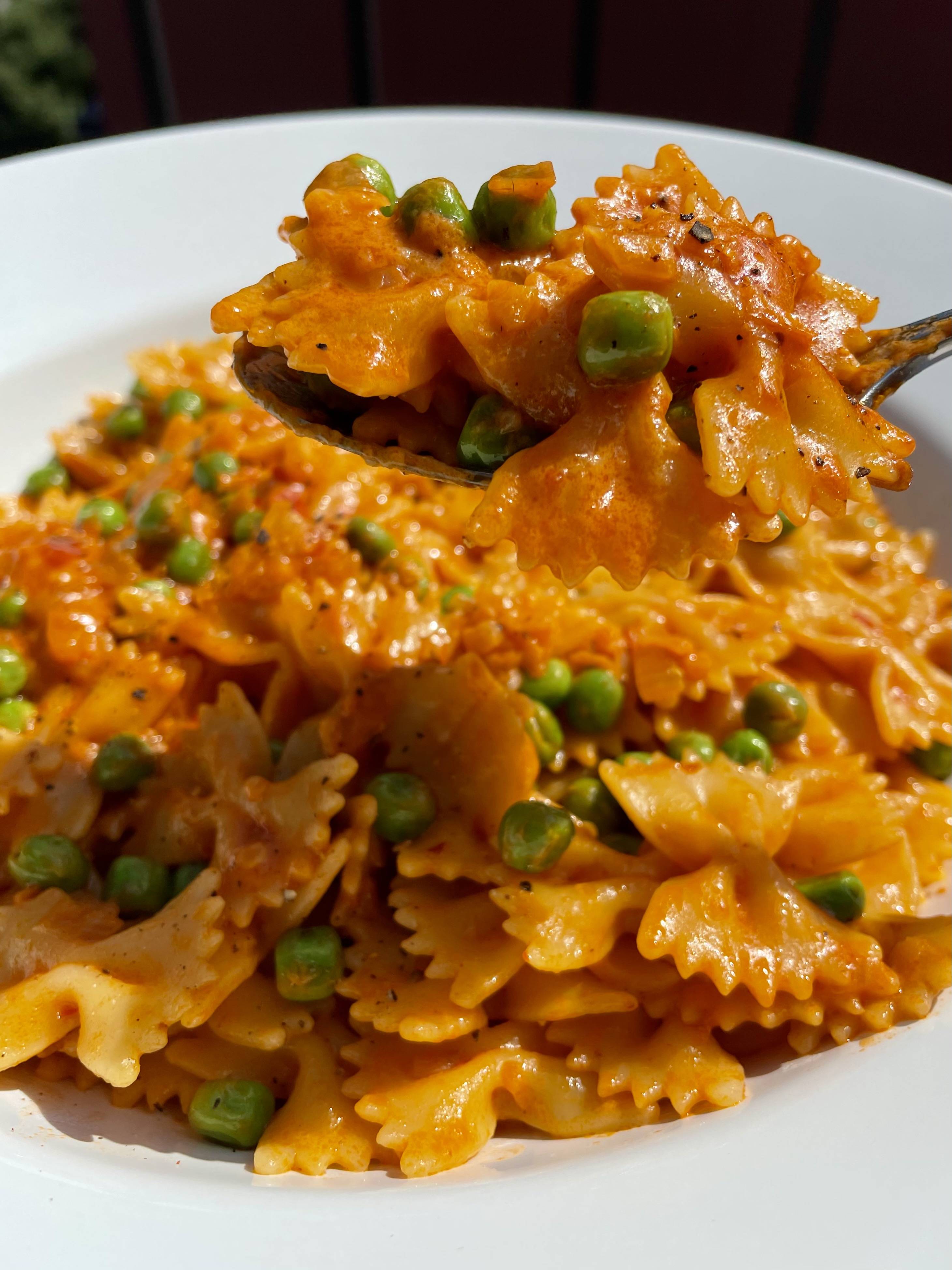 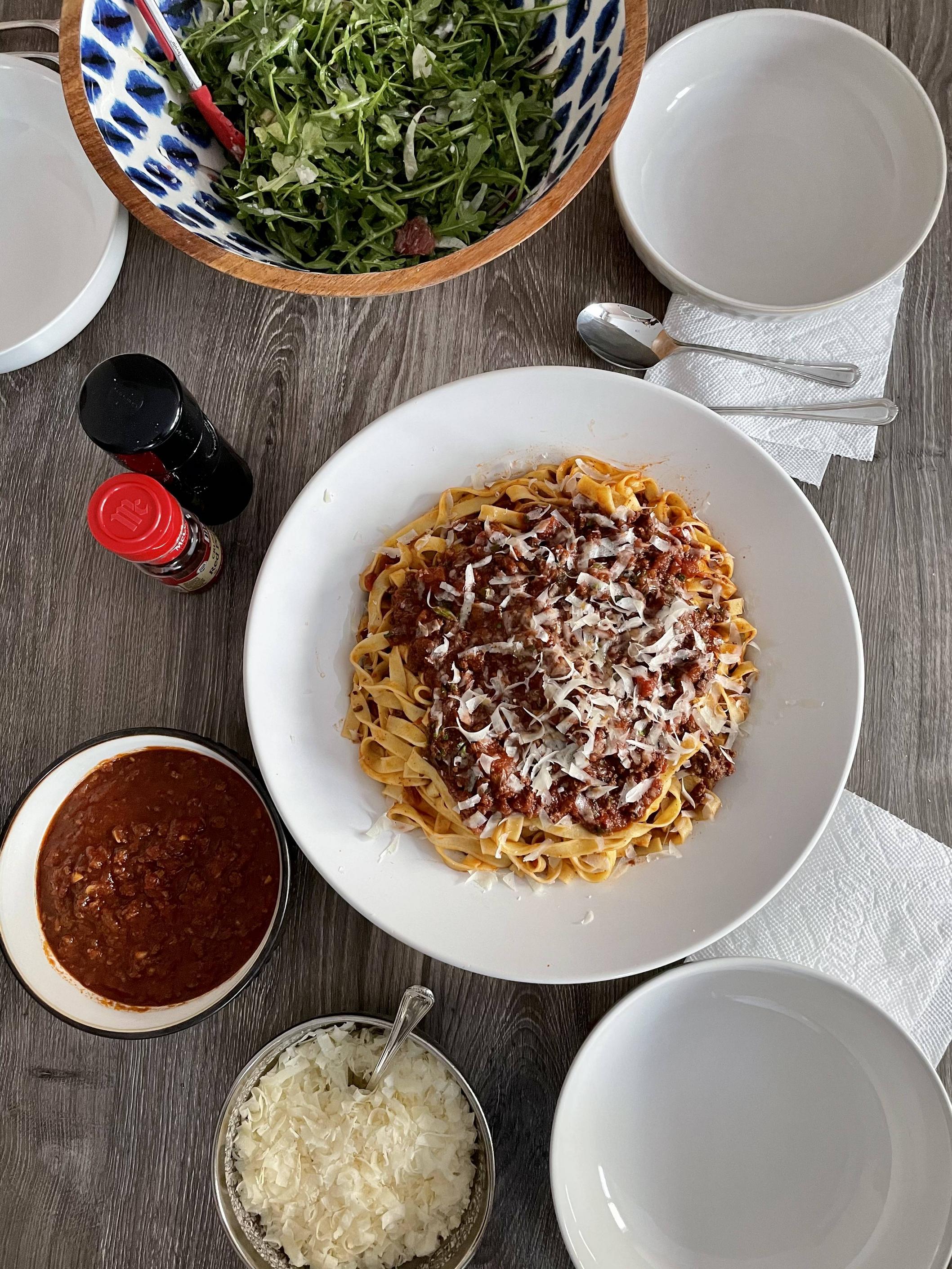 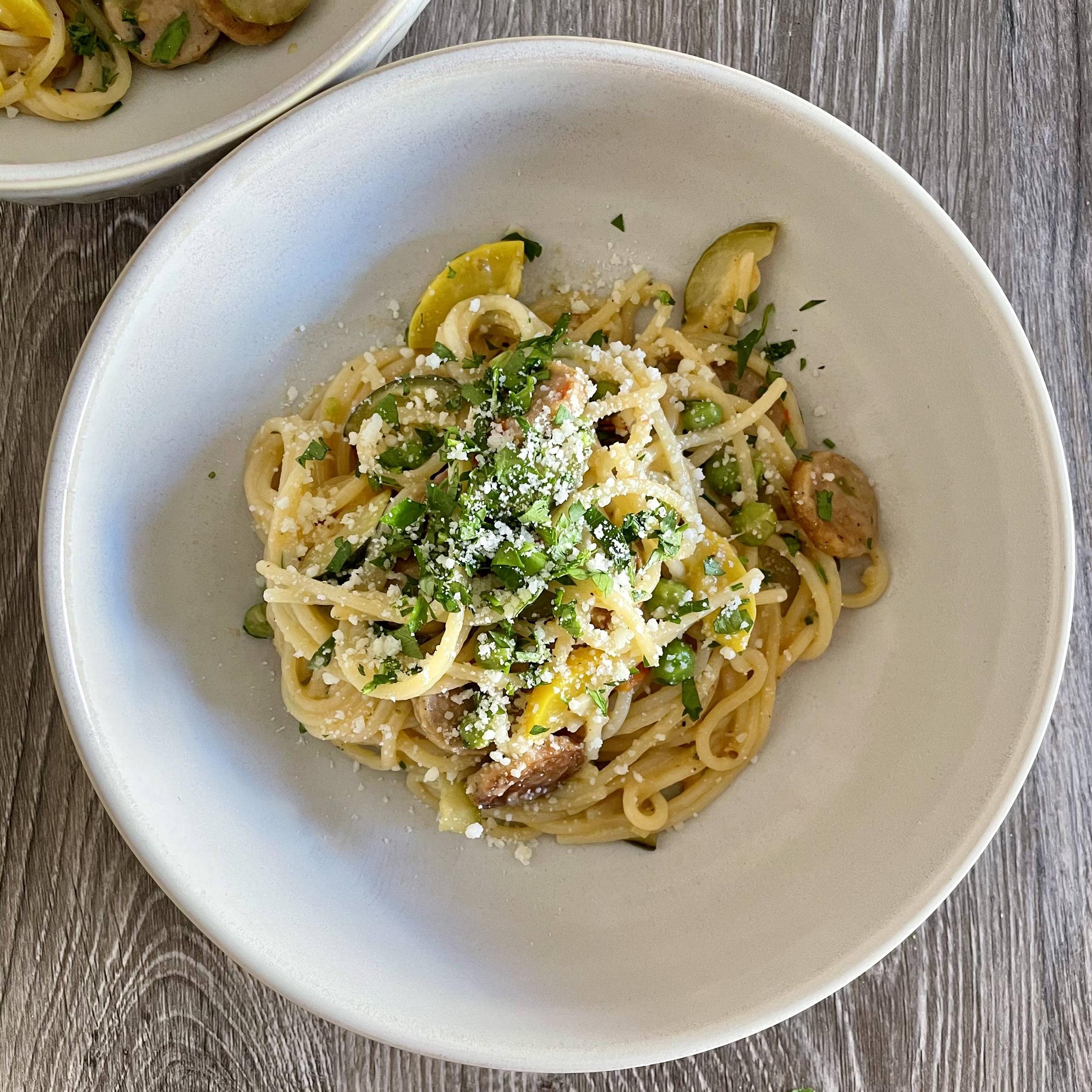 Get the latest posts delivered right to your inbox

This sheet pan pizza may be the most flavorful and crunchy pizza to ever come out of your oven. Cool flavors of lemon and ricotta counteract the heat of Calabrian chili peppers.

Stay up to date! Get all the latest & greatest posts delivered straight to your inbox